Touché is a prize-winning vocal group of 12, based in Scandinavia. Conducted by Jesper Holm, the group captivates audiences all over the world with its unique performances of big band music and vocal jazz, with the voice as their only instrument.

It all started in 1992 when Jesper Holm came to the small town of Ringsted in Denmark to teach at the local music school. Developing a strong vision over the years, in 2001 he formed what would come to be Touché - a vocal group, based in Copenhagen, capable of performing what other groups did only on recordings, but live. Having been strongly influenced by legendary vocal groups such as The Singers Unlimited, as well as big bands like Count Basie Orchestra, the group’s repertoire was characterized by diversity, variation, and love for complex and challenging arrangements from the very beginning.

Over the years, Touché has developed into a group consisting mostly of professional young musicians from Scandinavia. With voices ranging from deep bass to soaring lead soprano, exploring the field of big band music applied to voices has become a central concept for the group. With the title of ”Vocal Big Band”, Touché has had the pleasure of collaborating with artists such as Danish jazz vocalist Sinne Eeg, the DR (Danish Radio) Big Band, among others. Most recently, the group has been touring Scandinavia, Europe, and North America, performing live on TV, in large concert halls as well as in intimate jazz club settings.

The timeless legacy of Big Band music in combination with the group’s persistent striving for the perfect sound has earned Touché their reputation – no one does it like Touché does! Having already released two albums and the EP “A Small Treat”, Touché released their most recent album "But Beautiful" in late 2017. 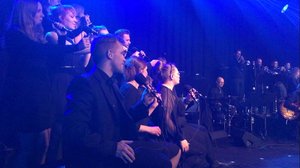 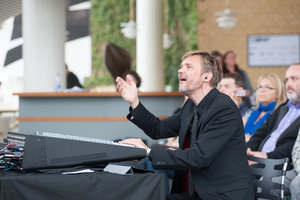 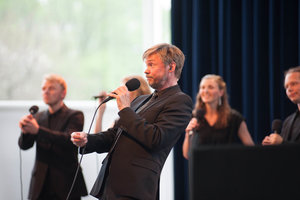 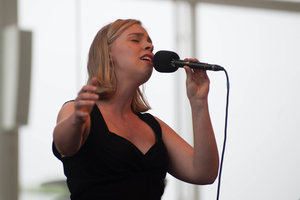 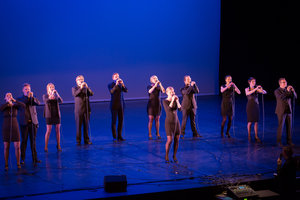 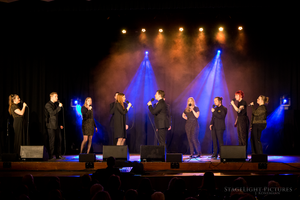 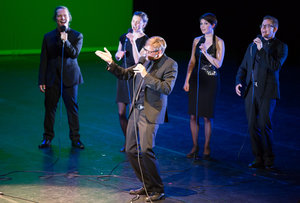 Tools and methodology for innovative choir leading sampled and developed by

Assistant Professor at the Royal Academy of Music Aalborg/Aarhus, Denmark